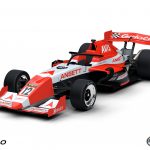 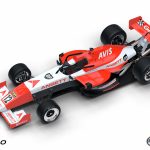 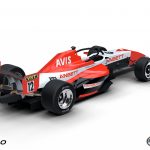 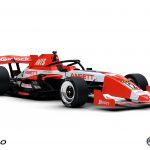 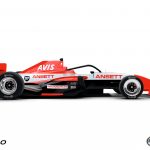 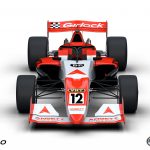 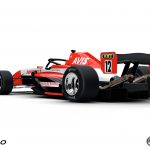 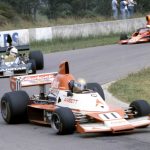 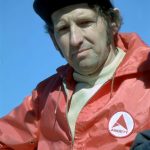 Over the next 10 weeks, the S5000 Heritage Series will honour the legendary drivers and cars of Formula 5000, the category which is represented in spirit and modern-day form by the VHT S5000 Australian Drivers’ Championship.

It is therefore fitting that our first tribute is not only to a driver, but a constructor, team and one of the most iconic sponsorships and liveries of the Formula 5000 era.

Elfin Sports Cars was founded in 1959 by Garrie Cooper – designer, constructor and a champion driver in his own right – who operated from a humble factory in the Adelaide suburb of Edwardstown.

As its name suggests, the origins of Elfin were in the construction and racing of sports cars. Elfin creations such as the Streamliner, Clubman, 400 and 360 were widely raced – and highly successful – in an era when open-cockpit, two-seat racing enjoyed high level status in Australian motorsport.

Open wheelers, and major race and championship successes in Australia and Asia, followed throughout the 1960s and early 1970s before Elfin entered F5000.

The first ever Elfin F5000, the MR5, debuted at Sandown in 1971 in the hands of John McCormack, and was immediately competitive against the established McLaren designs.

F5000 success came in 1973 when McCormack won the Australian Drivers’ Championship (with Cooper third) and the New Zealand Grand Prix in the same year. By then, Ansett Team Elfin – with major backing from the historic Australian airline – was an F5000 benchmark on and off the track.

Cooper designed, built and developed the cars, while right-hand man John Lanyon headed the team’s operations and commercial activities. It was a slick and formidable outfit, and another Gold Star title followed for McCormack and the MR6 chassis in 1975.

The MR8, one of the most competitive and recognisable F5000s of all, was introduced in 1976, the same year that Vern Schuppan came within metres of winning the Australian Grand Prix for Elfin as he shadowed winner John Goss at the finish.

The MR8 was even re-engineered as a Can-Am car (the MR8A-C) and taken to the USA for an assault on the legendary sports car series by Cooper and driver Schuppan.

Larry Perkins, not long out of Formula 1, won the Rothmans International Series for Elfin in 1979 while a young Tasmanian named John Bowe finished runner-up in the Gold Star in 1979 and 1980.

Ansett Team Elfin also attracted Formula 1 stars of the era into its cars – in 1978, world champion James Hunt raced an MR8 to win the Rose City 10,000 at Winton, while Frenchman Didier Pironi starred for Elfin in the 1980 Australian Grand Prix at Calder. Before racing for Ferrari in Formula 1, Pironi drove his MR8 to third in the AGP – ahead of every other F5000 in the field and behind only the Formula 1 cars of Alan Jones (Williams) and Bruno Giacomelli (Alfa Romeo).

The final F5000 was the innovative MR9 – a purposeful, low-line design with ground effect aerodynamics – which shared features with the period’s Formula 1 cars. Unfortunately the MR9’s competition life would be limited to only six races, and thus its potential was never realised.

F5000 ended at a national level in 1982, and sadly, Cooper passed away following a heart attack on ANZAC Day during the same year at the age of 46.

Cooper’s lasting achievements are the design of 27 different Elfin models and construction of 248 cars in total. Elfin racing and sports cars won 29 major championships and titles, with Cooper himself winning the Singapore Grand Prix and Australian Formula 2 Championship in 1968, and the Australian Sports Car Championship and Tourist Trophy double in 1975.

Hemming also owns and races an original Ansett Team Elfin MR8 in historic competition, and recently commissioned the book Elfin – The Spirit of Speed, an immense 704-page body of work detailing the history and every car of the Elfin marque. It is available at www.elfinspiritofspeed.com.au.