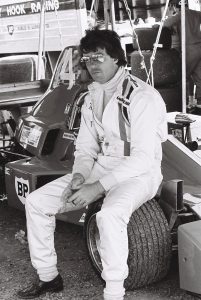 In Part 2 of our S5000 Heritage Series feature on Warwick Brown, the champion Formula 5000 ace looks back on a memorable career racing in Australia and abroad.

CLICK HERE for Part 1 of our S5000 Heritage Series tribute to Warwick Brown.

Read on for Brown’s memories of his Formula 5000 days including the experience of driving an F5000, his most respected rivals, surviving a horror crash at Surfers Paradise and the profound influence of engineer and mentor, Peter Molloy.

Brown also revisits a career-defining stint in North America, where the New South Welshman competed with some of the world’s best drivers in both F5000 and Can-Am racing.

“It was the thrill of a lifetime. They were monsters, just fantastic cars and weren’t difficult to drive until you tried to get the last bit out of them. We used to joke that for that last little bit, we would unbolt our brains. Don’t think about it, just go for it!”

“They only weighed around 1300 pounds (589kg) and had about 550hp, so the power-to-weight ratio was incredible. They had a 5-speed Hewland gearbox and I never started in first gear, always second as with a locked differential they used to wheelspin up to fourth gear. You would be doing 130mph (209kph) before the available grip overcame the power of the engine.

“With the power those cars had, at places like Oran Park I would steer the car 70% on the throttle, and 30% on the wheel.

“Another phenomenon was that when you were pushing really hard and coming out of a corner in second or third gear, you would get tyre vibration. There were times when the torque was so great it would shake the needles out of the dials in the instruments, mostly when you were trying to find the last two or three tenths. In the races you knew to lift off for enough margin to keep the thing going.”

On his most respected rivals:

“One of the hardest chargers I raced against was Alan Jones. Tough as nails but very fair. Alan beat me more than I beat him, but if he and I were racing it was always going to be fair.”

“The best driver I ever raced against was Brian Redman (in the SCCA/USAC F5000 Championship in North America). He was as capable as Mario Andretti and probably a better thinker. An unusual man… just a polite, British gentleman. Butter wouldn’t melt in his mouth but put him in a racecar and he became an animal.

“I had all the respect in the world for Kevin Bartlett. Max Stewart was also incredible, and a hero of mine when I was starting was Niel Allen. He was one of the most respectful, unlikeliest guys to drive an F5000, but massively brave and I ended up driving his old McLaren M10B.

“I had a lot of respect for little Alfie Costanzo. Hard charger and an interesting, funny little bloke. I raced against Bruce Allison in America more than Australia… another of Peter Molloy’s proteges who went places. Bruce and I have remained close mates ever since.”

On mentor and engineer, Peter Molloy:

“Just a wonderful mentor and a great team manager. We became lifelong friends. There was a bit of friction when we were racing but I had the sense to realise that what he said was gold, and if I had half a brain I’d listen to it.”

“I was a very aggressive driver when I started out in F5000, just always on the limit. The first time we got together Molloy’s words to me were, “you’re a bloody idiot!” I was pretty feisty as a young bloke back then, so I looked at him and said, “what do you mean?” He told me “you’ve got a big set of balls, but nothing between your ears. If you were to listen to me, I could make something of you”.

“I took his words on board and started driving 85%-90% as hard as I did before, yet I was a second a lap faster. I said “geez, how long has this been going on for?!” I became a sponge for knowledge and wanted to know what was going on technically. Thanks to Peter, we became so competent in engineering the car to how I wanted it.

“As well as Peter, the other major influence in my career was Pat Burke who funded it all. Two great men.”

On surviving a horror crash at Surfers Paradise:

“I still remember the day. February 4, 1973 at 2:30pm! It was the biggest crash in my career and put me in hospital for three months as I snapped both legs and busted every bone in both ankles. To this day I can move my feet up and down, but I can’t rotate them very well.”

“The accident happened under the old Dunlop bridge, the fastest corner in Australian motorsport at just under 180mph. I had a left-hand tyre deflate, which we think might have come from some debris – from a drink bottle believe it or not. The car went onto the grass, up onto an earth bank and from 180mph it came to nothing very quickly. I landed upside down in a drain that fortunately didn’t have water in it because there was a huge drought. If there had been then I would have drowned.

“I also had 28 gallons of avgas onboard but the fuel tank split so badly it didn’t vapourise. Frank Gardner told me he witnessed the accident and it was something like a 90g impact.

“I distinctly remember that I couldn’t breathe after the crash and how it was the most relieving thing once I was finally able to. I also remember the trip back to the hospital because the ambulance driver was just hopeless. I said, “give me a go (at driving)!”

“I loved going to North America for the SCCA/USAC series. It was a new cabbage patch with great drivers and teams to benchmark ourselves against. Molloy was the instigator, as he said “you’ve gotta’ go overseas to show yourself”.

“We got to Ontario Motor Speedway which was virtually a copy of Indianapolis – a 2.5-mile oval with an infield section, and we’re there on the first day with our Dodge panel van. Into the paddock rolls Parnelli Jones’ team running Mario Andretti and Al Unser, and they’ve got four cars, umpteen engines and gearboxes. I sat there watching them unload and I said to Peter, “what have we done, who talked us into racing over here?” He basically told me to shut up, let him do his thing and that I should concentrate on doing mine!

“But we were competitive. In the first race I was running second behind Andretti and Firestone had actually given us Mario’s ‘special tyres’ which blistered and blew up. That may have been deliberate, we’ll never know but Mario won the race and I came in fourth or fifth. We were then supplied Goodyear tyres – I never paid for a racing tyre again! I was on the podium at Riverside with Mario first and Brian Redman second, and I have a lovely photograph to remember that.”

On racing in North America (Can-Am Series in a converted, ‘sportscar-spec’ F5000-based Lola):

“Alan Jones and I battled for the Can-Am title in 1978 and we won all bar one or two races between us, the Yanks couldn’t stand it!”

“The title went down to the last race at Riverside and whoever won that race won the championship. It was close and I was pushing Alan early in the race, but then we lost hydraulic pressure and I had a spin which took me out of contention.

“We were racing the Lola T333CS which was a Lola T332 Formula 5000 with bodywork and better brakes. (Belgian beer baron and Count) Rudy van der Straten who ran the VDS team was a wonderful man, very eccentric but very honourable and motorsport was his form of horse racing or yachting.”

“It’s a brilliant concept and they’re spectacular cars that will reinvigorate motor racing. I strongly believe that and expressed as much to Chris Lambden who is owed a deal of gratitude, along with Garry Rogers and his team. I wish them all the best of success.”

“I told Chris I would love to have a drive of one as I have never driven a paddle shift before, in my day it was all H-pattern gearboxes. To experience something with a level of downforce, although not too much, would be an eye-opener as well.

“S5000 is going to give the spectators something they don’t get a lot of these days, real motor racing. The fact that it is also a controlled formula means the guy that wins the race is the best driver with the best set-up, and isn’t that what pure motor racing is all about?” 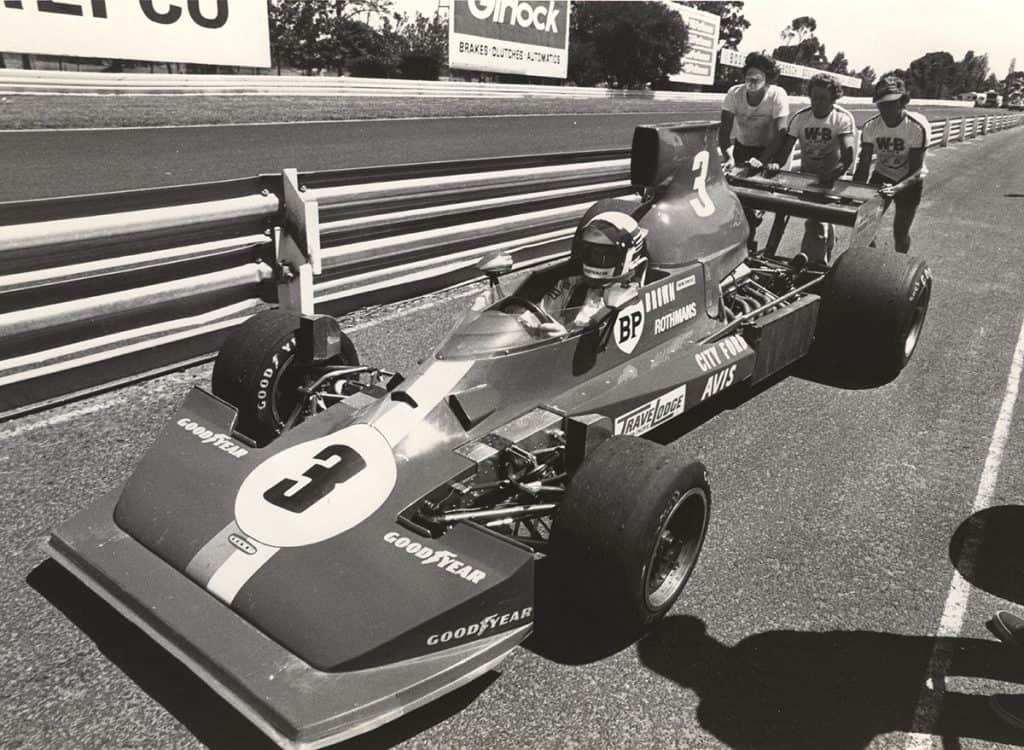