Often in motor racing, a driver’s list of career titles and victories tell only part of the story.

Bruce Allison never won the Australian Grand Prix, the Tasman Series or even a CAMS Gold Star race. But to anyone who witnessed or raced against the Queenslander in his prime, Allison’s place at the table of F5000’s elite is assured.

Allison came through F5000 with all the hallmarks of a young man in a hurry – he was fast, full of confidence and took his career to Europe after just two seasons of racing the ‘big banger’ open wheelers.

He rocked the establishment when he qualified on pole position for the 1975 Australian Grand Prix as a 22-year-old F5000 rookie and matched more experienced and international names at the sharp end of many an F5000 race.

Perhaps Allison’s most significant achievements came during a two-year stint in Europe racing F5000 and Formula 1 machinery, where he proved himself in high quality competition and won a race in the British F1 Championship – an unofficial second division of Grand Prix racing in the late 1970s – which placed Allison among a select group of Australians to have won races in genuine Formula 1 cars. 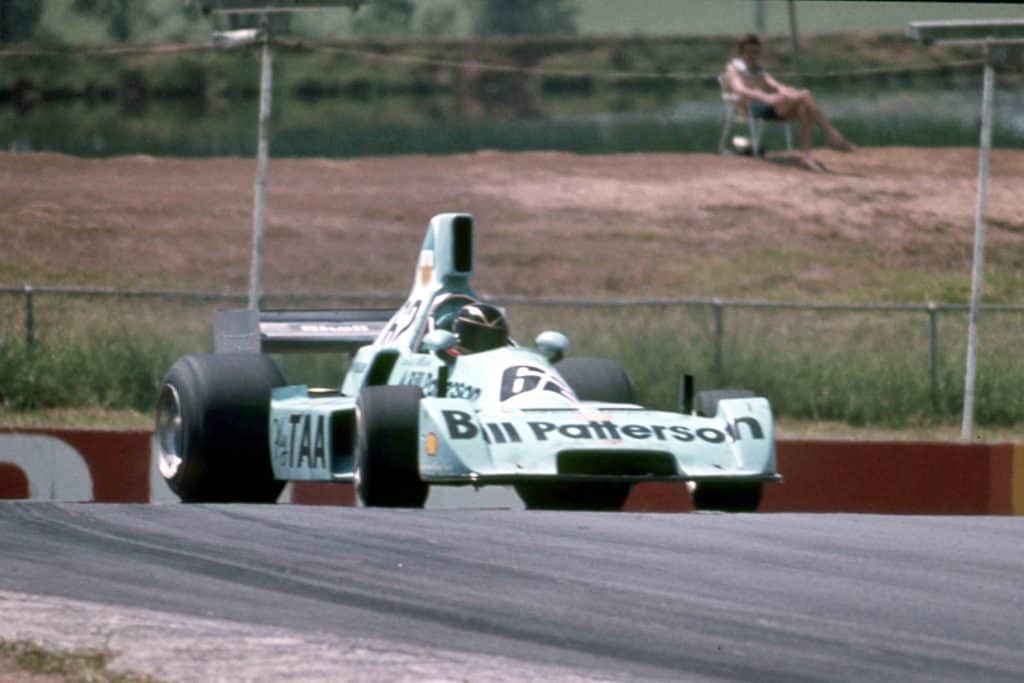 Born in Brisbane on July 5, 1953, Allison’s first racecar was his road car – a Ford Escort – which he briefly ran in club level events at Lakeside and Surfers Paradise during the early 1970s. But having quickly grown tired of the lax rulemaking and vast disparities between machines in production car racing, Allison set his sights on the cars that truly excited him – open wheelers.

After honing his craft in Formula Ford, the young Allison first made an impression on the national scene in the highly competitive Van Heusen Australian Formula 2 Championship, finishing fifth in both 1973 (driving a Bowin P6) and 1974 (driving a Birrana 274).

The premier league of F5000 beckoned in 1975 with the acquisition of the ex-Kevin Bartlett Chesterfield Lola T332, which the Queenslander raced in the colours of family business Hobby & Toyland under the guidance of highly respected engine builder and team manager, Peter Molloy.

Allison came of age in F5000 with the mentorship of Molloy and the well-engineered T332 with which he felt ‘at one’ from his first laps. A competitive debut in the Oran Park-based Toby Lee Series yielded a race win.

The 40th Anniversary Australian Grand Prix on Allison’s home turf at Surfers Paradise opened the Australian Drivers’ Championship for 1975, and the driver who wore a banana caricature on his racing overalls wasted none of his local knowledge in qualifying for the big race.

Allison took pole position in his maiden AGP appearance, besting established champions such as John McCormack, Bartlett and Max Stewart. During the race he came unstuck in extreme wet weather better suited to powerboats than F5000s, but nonetheless announced himself as a force to be reckoned with.

Allison built on his AGP form in the following Australian Drivers’ Championship round at Sandown, where he and Johnnie Walker waged a thrilling contest. In a high-speed arm wrestle on the Victorian circuit, Allison finished second to Walker by just 0.2s – his best Gold Star race result en route to sixth in the ’75 ADC. 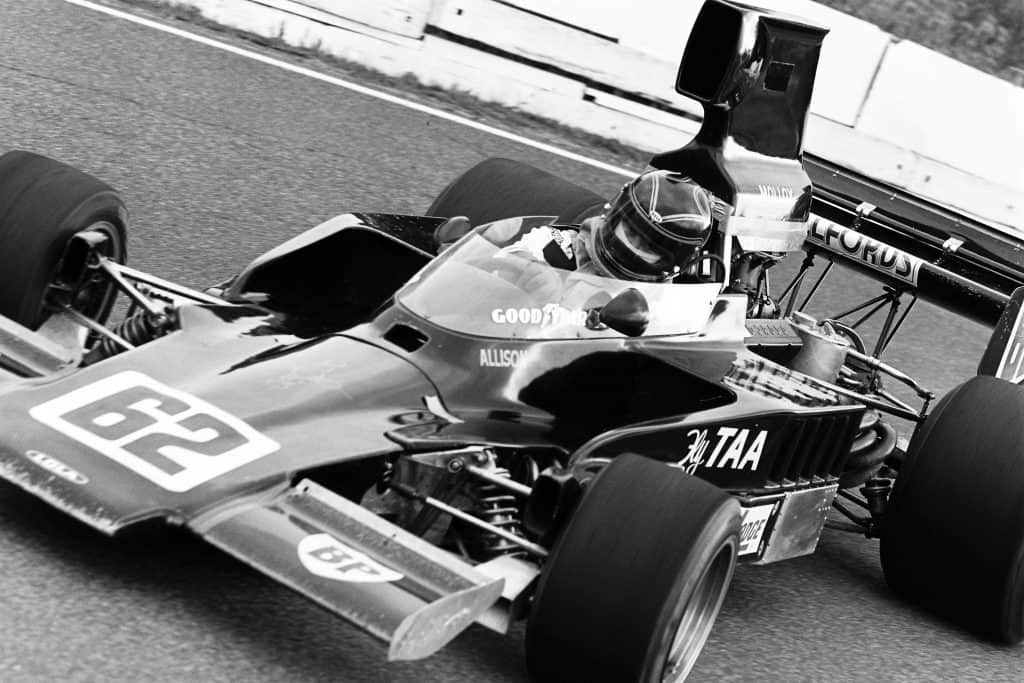 The following year (1976) commenced with another strong performance in the New Zealand-based Peter Stuyvesant Series over summer. Second to Kiwi legend Ken Smith in both the New Zealand Grand Prix at Pukekohe and the series overall grew Allison’s stock, and he duly followed up with fourth in the ’76 Gold Star.

During 1976, Allison also made his first foray into racing in the northern hemisphere. He made three appearances in the SCCA/USAC F5000 Championship for Theodore Racing alongside compatriot and lifelong mate Alan Jones, recording a best finish of 10th on the Pocono road course.

Seeking greater race miles and the chance to evolve his skillset, Allison headed to the United Kingdom in 1977 to contest the Shellsport International Series – a 14-round championship for F1, F5000, Formula 2 and Formula Atlantic cars. Allison entered the battle with a Chevron B37 F5000 previously raced by Peter Gethin in the same year’s Rothmans series ‘down under’.

On debut at Oulton Park, the tigerish Aussie showed he was there to race. Allison and his F5000 finished second to Grand Prix and Le Mans ace, Derek Bell, who drove a Penske PC3 Formula 1 car.

The Queenslander and his Australian mechanic Ron Eagle endured most of 1977 living in a bus as they traversed bitterly cold British racetracks, but it was all worthwhile as Allison ended the hotly contested series seventh overall with four podium placings and three pole positions. He was also honoured with the Grovewood Award – presented in a ceremony by Stirling Moss, no less – for the most promising Commonwealth driver. 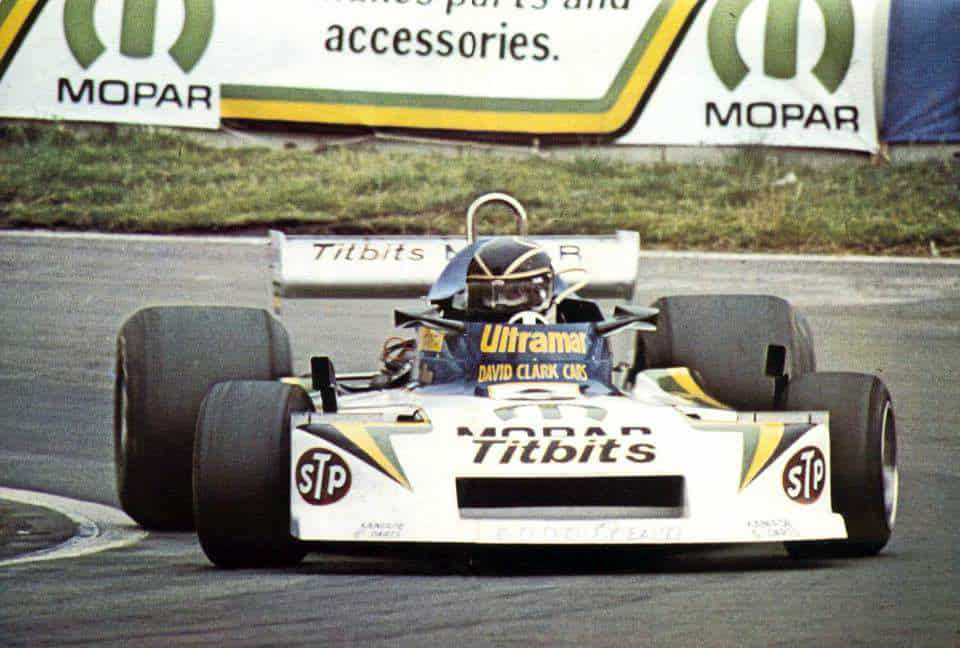 Allison and the Chevron returned to Australian shores for the 1978 Rothmans International Series with backing from racing patron, motor trader and 1961 Australian Champion Driver, Bill Patterson. Allison finished third in the four-round Rothmans series, despite mechanical failures in two of the four races.

As that series proved to be Allison’s final full-time campaign in F5000, the Bill Patterson Racing livery of the Chevron B37 has been recreated for our S5000 heritage tribute.

Allison returned to the United Kingdom in 1978 for the Aurora AFX British F1 Championship – what was formerly the Shellsport series, but now featuring only Formula 1-specification cars in the outright class. Allison lined up in a March-Cosworth (761 and later 781) chassis for the RAM Racing team, which ultimately progressed to the Formula 1 World Championship in the early 1980s.

Despite missing the opening three rounds, Allison was a front-runner among the British F1 field which included recent, customer-run Formula 1 chassis from noted constructors including McLaren, March, Surtees, Hesketh, Ensign and Wolf.

Allison triumphed on the tiny (2.1km) Mallory Park circuit, where he led home the McLaren M23 of Tony Trimmer at the end of a 75-lap race. The victory was one of three podium finishes Allison recorded on his way to sixth in the British F1 standings.

It seems extraordinary given Allison’s obvious career potential, but a contractual dispute with RAM Racing led the then 25-year-old to turn his back on motorsport in frustration and return to Australia at the end of 1978. 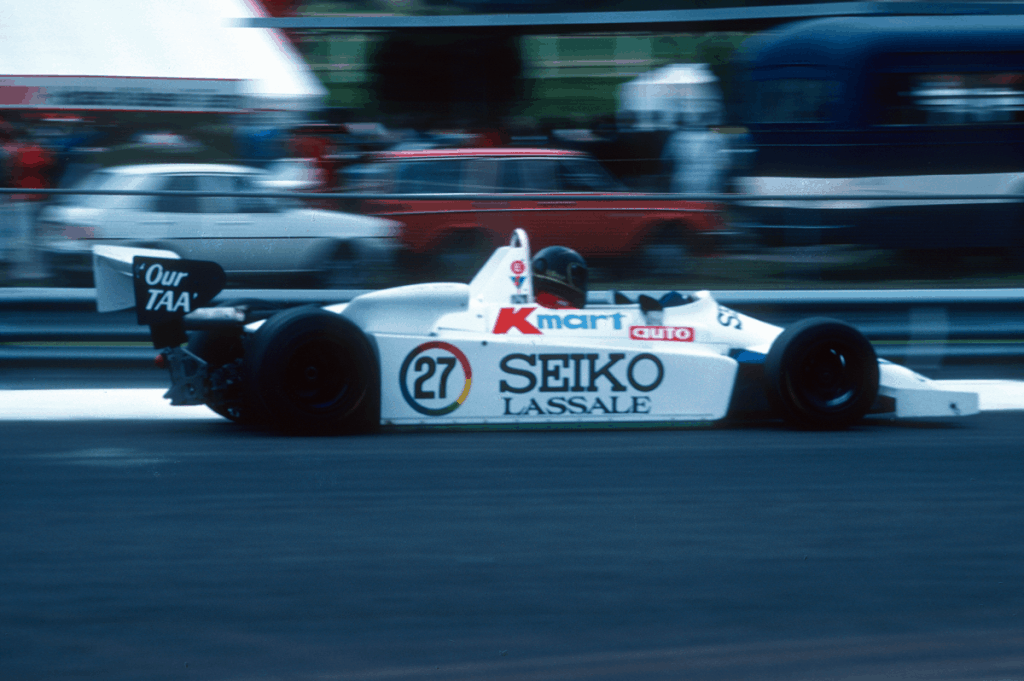 He was in a racing cockpit again by 1981 and rather than allow a brief hiatus to blunt his edge, Allison became a national champion for the first time when he won the inaugural series for Formula Pacific in Australia. Ironically, the National Panasonic Series won by Allison comprised an arguably stronger field than the flagging F5000 category which contested the Gold Star – for the final time – in the same year.

Allison last raced competitively in 1982 when he made a one-off start in the ARCO Graphite Series (F5000) driving an Elfin MR8 at Calder, and two final appearances in Formula Pacific for Alan Jones’ Seiko-backed team.

A well-liked personality from a great era of motorsport, Allison remains close to many of his racing contemporaries and follows modern motorsport with keen interest. Today, Allison resides on the Gold Coast and runs Tru-Turf, a leading manufacturer of rolling equipment for golfing greens founded by Dorothy Rix – the sister of Bruce’s close friend and fellow racer Charlie O’Brien – and Dorothy’s husband Ray Dufty.