Motorsport lost a legend on Tuesday with the passing of kiwi racer and constructor Graham McRae.

McRae was a giant in the world of Formula 5000, the V8-powered open wheeler formula of the 1970s, which ultimately inspired the introduction of S5000.

A fiery and competitive driver, who many in New Zealand believe had the talent to make it in F1, McRae’s ultimate legacy is the McRae line of Formula 5000 cars, many of which compete today in Historic Formula 5000 races. The McRae GM1, of which 15 were built (three raced by the man himself), remains as one of the iconic race cars of the era. Perhaps the most famous of them was the very first, chassis #001, which campaigned in the famous dayglo orange colours of prime sponsor STP.

McRae won the Tasman Series three years in a row (1971-73), was US Champion in 1972, and was a serious contender in European F5000 championships. He won the Australian Drivers Championship (Gold Star) in 1978, driving the last McRae built, the GM3.

He was also an effusive personality, earning the nickname ‘Cassius’ thanks to the unabashed self-confidence which led to some fiery on (and off) track moments.

McRae has made rare appearances over recent years, at NZ F5000 events, and in his latter years been living peacefully in an Auckland retirement/care home. 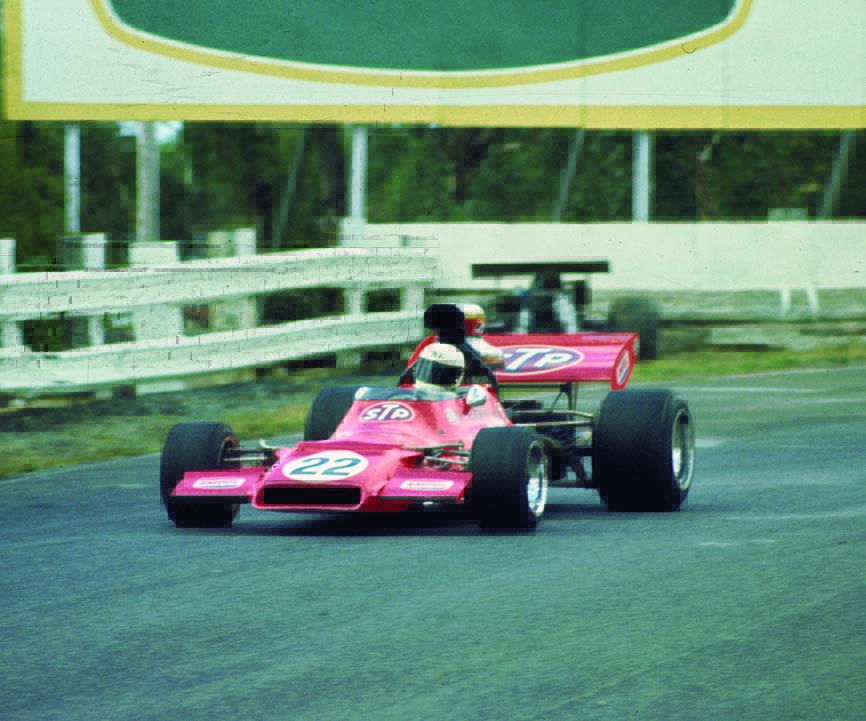 Indirectly, the former F5000 star played a significant role in the creation of what is now S5000.

“About 10 years ago, I was able to fulfil my absolute number one ‘Bucket-list’ item and, for a couple of years, had the privilege of part-owning and racing one of the amazing McRae GM1 F5000 cars  (chassis #004) in some historic events,” said Chris Lambden, who conceived and built the prototype S5000 car.

“It was fabulous … and no doubt that’s where the thought-bubble that led to S5000 came from. I’d been fortunate to drive or race some interesting and fast things along the way, but the F5000 McRae was something else … mind-blowing!

“And yes, at some point the question was ‘could something similar work as a serious single-seater formula today?’ The idea grew from there and here we are today…

“As a teenager, I watched Graham racing at his peak, in the Tasman Series, and I was also fortunate to meet him a couple of times relatively recently. He had been dealing with some mental issues, but was still as sharp as a tack!

“What he achieved back then, with the McRae F5000 cars, was brilliant and, in driving terms, he’s often described as the one who could have been NZ’s fourth F1 star – alongside McLaren, Hulme and Amon – had things gone just a little differently.

“The iconic STP McRae GM1 was one of the liveries we recreated in our S5000 Legends series last year. I got a couple of prints of it done and Brian Lawrence, who has been one of the carers keeping an eye on Graham, framed and gave one to him, and got the other signed by him for me. It’s a personal treasure.

“Graham is at peace now, and everyone involved in S5000 should remember him for the giant he was – and the part he’s played in what we’re doing now.”

The S5000 community extends their sympathy to the McRae family and friends.