In Part 2 of our S5000 Heritage Series feature on Graeme Lawrence, the Kiwi legend shares his recollections of a truly memorable motorsport career.

Poignant, enlightening and entertaining, Graeme’s insights are wonderfully candid and include:

– His time racing for, and with, friend Bruce McLaren in Europe
– Being in the company of Jim Clark, on the day that the twice Formula 1 champion lost his life at Hockenheim in 1968
– How a 20-something Kiwi racer acquired – and went onto race – a Ferrari Formula 2 car from Enzo Ferrari
– His memories of F5000, and thoughts on its S5000 as its modern-day successor

On his European opportunity from Bruce McLaren:
“I was doing the New Zealand Gold Star in 1967, which Jim Palmer (leading New Zealand open wheel racer) had won. Jimmy had a McLaren M4A which was a beautiful thing, and I had decided that was what I needed to get into. I was driving a Brabham BT6 which served me well, but it was too small.

“Bruce and I were friends in our school days, he would always come down to Wanganui and we kept the friendship up when he went to Europe. One day I gave Bruce a call to ask if he would make any more M4As and he said “funny thing, we were just talking about you. How would you like to come over here and run the European F2 season with us?”

“My response was “Bruce, I can’t believe what I’m hearing but I know the answer is yes. I need to sit down and process what you’ve just told me, can I call you back?”. I couldn’t believe it! It was when McLaren was building their first Formula 1 cars and I raced a McLaren for the first time at Montjuich Park in Spain. We had no spares whatsoever – not even a spare wheel or tyre! – but I didn’t care, I was just happy to be there.

“I did a few races and we ended up struggling at the back. The car was run by a British operation named Chequered Flag, and their owner Graham Warner told me he wanted to put Frank Gardner in the car. I stepped aside and while Bruce was a bit embarrassed about it, I was understanding. For the next race at Crystal Palace (Great Britain), Frank was out on track and I was watching in pit lane. After a few laps Frank came into the pits and the first thing he said to me was “how the **** do you drive this car?!” He struggled as much as I did, so I felt a bit better after that!”

“I would have to say Formula 1 was understandably the focus for McLaren rather than F2, but Bruce looked after me and allowed me to build up my own M4A which I raced in New Zealand. He observed some of the things I was doing to engineer my car – positioning of front wishbones, shocks, anti-roll bars and the like – and told me he was going to apply them to the Formula 1 cars at the time, which was really good of him”. 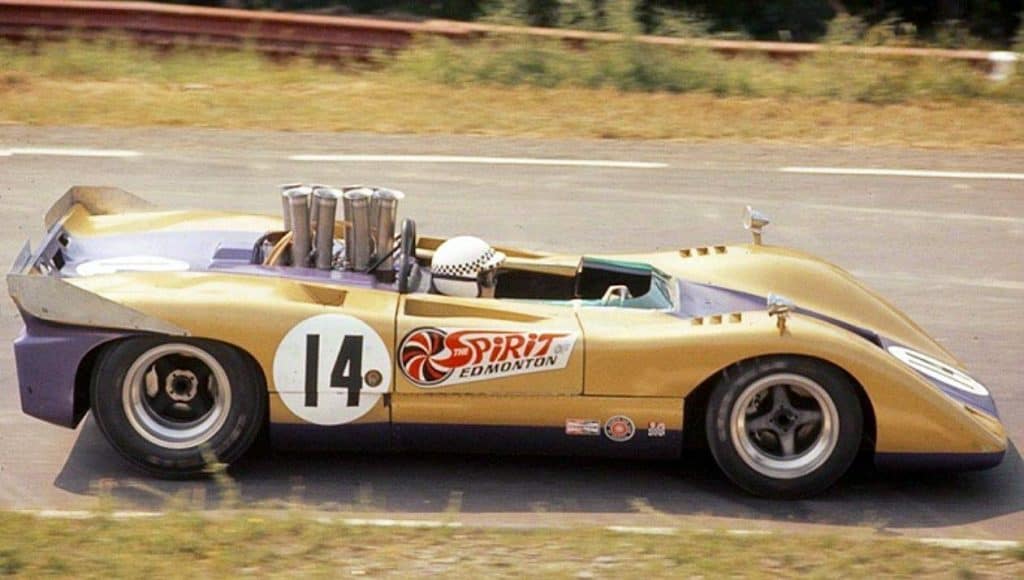 Memories of Jim Clark, who Graeme was in the company of – and raced against – on the last day of the Scotsman’s life in Germany:
“Our relationship with Jim was very similar to a lot of Kiwis and Australians. He was such a neat guy, just an everyday guy. All the Europeans loved coming to Australia and they all made good friends. That friendship carried on, and when we went to Europe he was genuinely interested in what we had been up to and how our racing was going back home.

“On the morning of that race at Hockenheim (Deutschland Trophäe, the opening round of the European Formula 2 Championship), I had breakfast with Jim and a few of the boys. Jim and I then headed out to the circuit together and I could tell he wasn’t really happy driving F2. He wanted to win as he did in F1 and although he didn’t say it, he knew the F2 Lotus perhaps wasn’t getting the attention that the F1 cars were. He said to me “are you comfortable, are you happy doing this (F2)?”, to which I replied “yes I am Jim, we’re making headway and if I don’t do this I’ll be at home in New Zealand doing nothing!”

“My last sighting of Jim was on the grid for that last race. He was a couple of rows ahead of me, and Graham Hill was on the next row behind Jim. He was halfway into the cockpit, and before he got into the seat he turned around and gave Graham the two fingers! That’s the way all those guys were.

“We didn’t even know he went off in the race until the officials’ cars came onto the circuit, then we found out that he’d had a big accident. The hardest thing was that there were two races that day, and we knew before the second race that Jim had passed away. Starting that next race, man, that was hard. I make no bones about it; I was sitting in the car bawling my eyes out.”

On how he came to race a Ferrari, that he acquired through Enzo Ferrari himself:
“My good mate Chris Amon won the Tasman Series in the Ferrari Dino 246 T in 1969, and on the Sunday night after the last round we were having a drink. In those days, Ferrari would pull a lot of the gear out of their racecars at the end of a season and crush them. I couldn’t believe they were going to do that, so I said to Chris “what if we buy one, or at least lease one. Can you ask the old man (Enzo Ferrari)?”

“My father looked at me and said, “are you ******* mad?!” I told him I wasn’t, so Chris went to the old man and filled him in on who I was. Mr Ferrari’s response was that they would consider making the car available, and that they would make contact ‘with Mr Lawrence ourselves’. Next thing was a telegram from Ferrari offering us the car, three sets of wheels, gearbox, engine etc, and by the way the price is $17,500 USD, which we didn’t have!

“I sold my McLaren to Frank Radisich for about $7k-$8k NZD and then begged and borrowed and scraped the rest, with sponsorship from Shell and Air New Zealand. I still couldn’t believe it when it got here, it was absolutely beautiful and when I took it down to Bay Park for the first run it was a day of reckoning. Here I was in a Ferrari open wheeler, and I said to myself “now you’ll find out if you’re a real racer, or full of ****!” It was just fantastic, and it fit me perfectly.

“Sometimes you fit with cars and your driving suits them perfectly. I was always labelled as a smooth driver; I learnt to treat a car like I was holding the wheel with two fingers and that there were crystal glasses between my feet and the pedals. I had to be precise and my style of driving connected with the Ferrari.

“I won the first round of the Tasman Series at Levin against the F5000s. I was expecting the likes of Matich and McRae to be on me (the smaller Ferrari was powered by a 2.4-litre V6) but I got away from them.

“All of my contact with Enzo Ferrari was via telegram or letter, and after I won at Levin I received a very special telegram saying “it is with great pride we send our congratulations that you have the first success for Ferrari in 1970, and that you should do it in the car bearing the name of my late, lamented son Dino.” 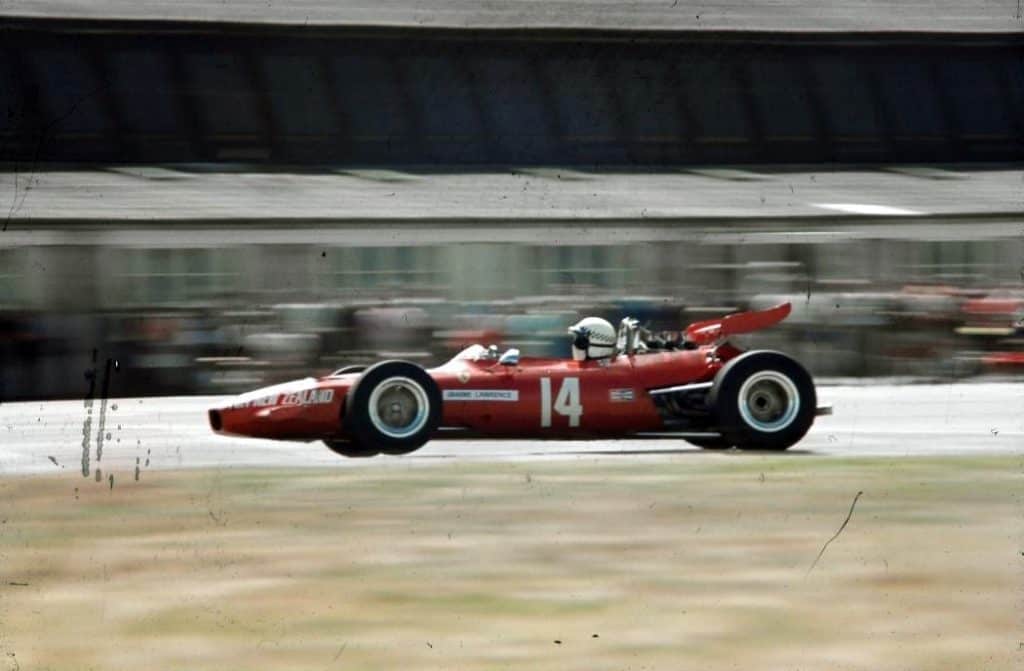 Memories of F5000:
“I was reasonably groomed for F5000s after doing a season in a Can-Am McLaren. Compared to the Ferrari, my first F5000 (Lola T300) felt quite agricultural; it had nowhere near the finesse or braking performance that the Ferrari did, but it clicked very well.

“The later T332 came closer to the Ferrari because they refined a lot of things in that time, and by then I was in love with them. Of all places and of all things, they were a delight in the rain which I always enjoyed. To be totally in control of an out of control situation, that has to describe F5000 racing.

“One of my most memorable races was here at Manfeild, when Max Stewart, Kevin Bartlett, Johnnie Walker, Bruce Allison and I had an Aussie/Kiwi battle. Bruce and I swapped the lead twice or three times a lap and when Bruce got out of the car, he said “I’ve just had the best driving lesson a man can get”. What a race, I could hear and see the crowd standing on their feet, just great stuff. KB (Kevin Bartlett) and Max and I had some great races together.” 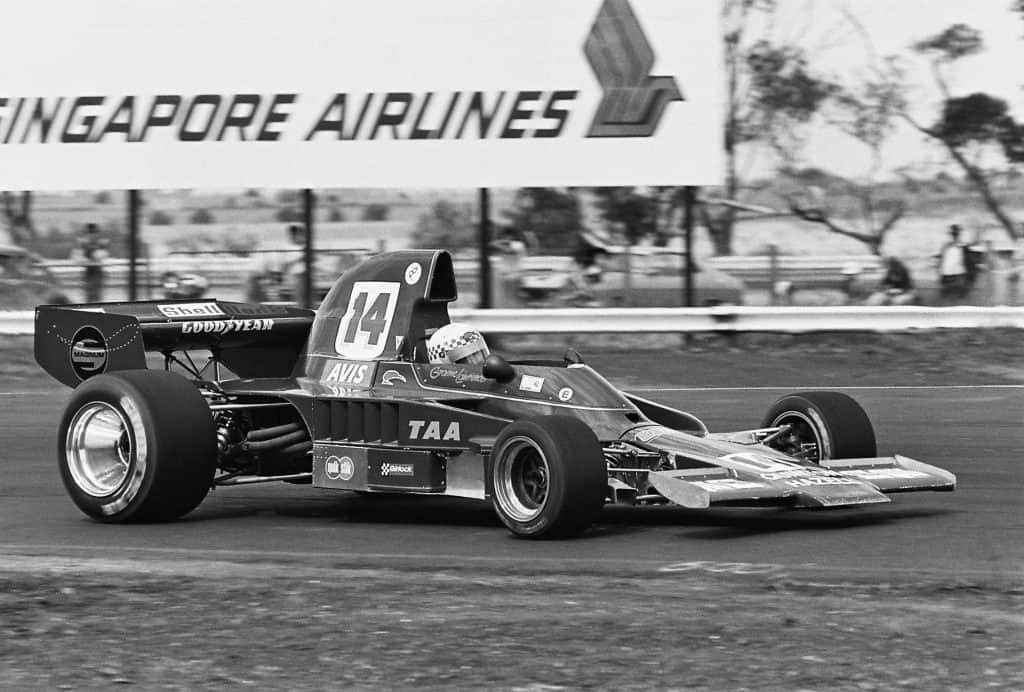 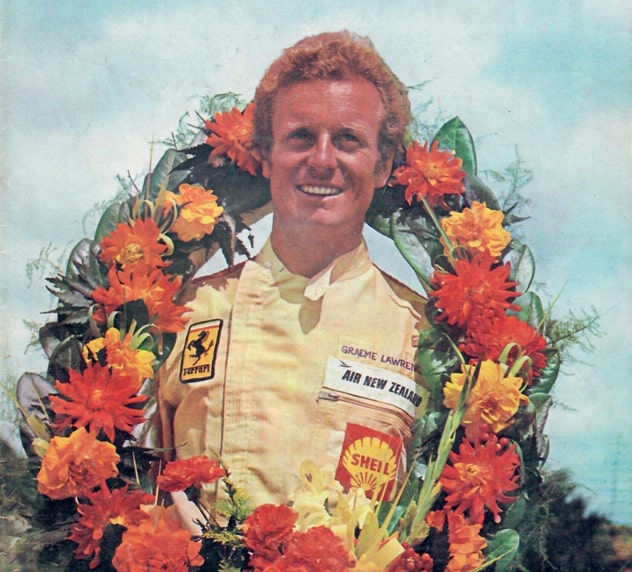 On respected F5000 competitors:
“KB, Max, Bruce, Warwick Brown, love the guys. It would be unfair to say I respect any one driver more than another, but I have a very special relationship with Kenny Smith as we’ve been together for so long. Kenny’s mum Dorothy used to say that “Graeme is my son from another mother”.

“What ended my time in F5000 was, firstly, the fact that F5000 disappeared from New Zealand and was replaced by Formula Atlantic. But it was also losing Max Stewart at Calder in 1977.

“Max and I were battling for pole in the qualifying session when he died. We were throwing tyres at it like it was nobody’s business, and I can remember being on the other side of the circuit seeing Max leave the pits again. I just kept saying “you’re not going to beat me!”

“I can still remember the phone call I got, 24 minutes after midnight on Sunday morning. It was KB telling me, “Shag, we’ve just lost our best mate”. The next day, the start of that race… it was just so difficult for all of us, as every competitor was battling with the fact Max died the night before. It was incredibly sad.”

On S5000:
“We came over to Phillip Island about three or four years ago and called into see Chris Lambden and look at the original car (Formula Thunder 5000). I thought it was a great thing. To be fair, there’s nothing like a V8 and to try and recapture the spirit of Formula 5000 is brilliant. I said to Chris that everyone involved did a beautiful job, and I can only hope it has the success that it deserves”.

For Part 1 of our Graeme Lawrence feature, click here.